Swami Vivekananda visited Southern California from December 3, 1899 though February 22, 1900. He stayed at several homes in the Greater Los Angeles area and made at least one excursion to the San Gabriel Mountains and one to Redlands. While here, Swamiji gave talks at clubs, churches, hotels and meeting halls.

Vivekananda’s presence in Los Angeles made a lasting impression. Among the devotees he met and stayed with were the Mead sisters. One of them, Carrie Mead Wyckoff, affectionately know as Sister Lalita, was forever changed by her encounter with Vivekananda. In the 1920s, Sister Lalita offered her home in Hollywood to Swami Prabhavananda to open a Vedanta center, which grew into the Vedanta Society of Southern California.

We know that Swami Vivekananda stayed at Miss Spencer’s house for few days, however the location is unknown. At Miss Spencer’s, Swamiji met Judge William A. Cheney of the Los Angeles Superior Court and Bernhard Baumgardt, both through Josephine MacLeod. Baumgardt was the secretary of the Southern California Academy of Science and the chairman of the Math and Astronomy Sections. Mrs. Baumgardt also became deeply interested in Vivekananda’s teachings.

Swami Vivekananda stayed at Mrs. Roxie S. Blodgett’s house. Mrs. Blodgett had heard Swami’s Parliament of the World’s Religions opening address in Chicago in 1893. During this stay, he gave informal talks and met the Mead sisters, Alice and Helen, on December 13. During the week of December 16, Swami met Mrs. Melton, a magnetic healer to whom he went for daily morning magnetic treatments. Her house was within walking distance of the Blodgett house. 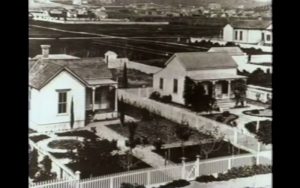 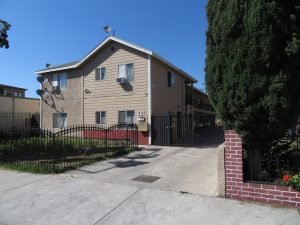 After being introduced to Willard H. Stimson by Mrs. Blodgett, Swamiji was a guest at the Stimson mansion. It was there that on December 20 he met Mr. J. Ransome Bransby, director of Los Angeles Home of Truth, a religious society of “New Thought” and Christian Healing and Teaching. Mr. Bransby invited Vivekananda to give talks at the Home of Truth. 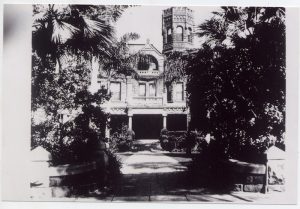 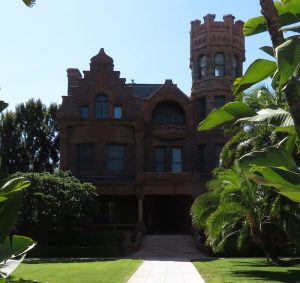 Vivekananda took a brief excursion with Mr. and Mrs. Baumgardt, Betty Leggett and Josephine MacLeod to Mt. Lowe in the San Gabriel Mountains north of Pasadena. Swamiji gave a brief talk on the morning of the 14th. From the hotel the party took a trolley to Alpine Tavern and then stargazed at Mt. Lowe Observatory. The hotel was destroyed by fire days after their visit on February 5, 1990. The observatory still stands, but all other structures and the railway that brought visitors to Echo Mountain were destroyed by subsequent fires or the 1938 flood. 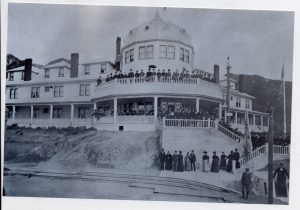 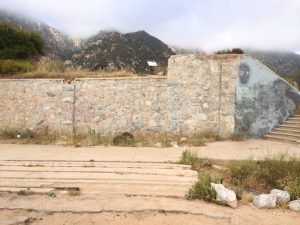 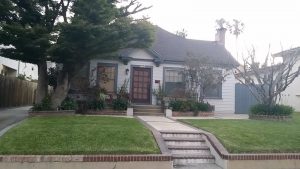 Vivekananda was the guest of Mrs. Emeline F. Bowler, president of Shakespeare Club. During this stay, he delivered a number of lectures at the Shakespeare Club. Before Swamiji gave his final lecture to the club, he showed up at the Mead sisters’ door saying, “I have come to stay with you. That’s too much of a lady!”

Over the course of the month Vivekananda stayed with the Mead sisters, he often prepared one of the daily meals. He sat by the hearth with the family after dinner sharing stories and poetry and discussing the need for spiritual values in America. He also talked and played with the children to whom he loved to read Alice’s Adventures in Wonderland. He frequently strolled and chatted in the garden with Mrs. Wyckoff. On occasion, he gave private interviews in the afternoon. Swamiji, accompanied by the Meads, Mrs. Bruce and other students, often picnicked on a nearby hill  where he would give a talk. Swami Vivekananda left his pipe on the parlor mantle; Mrs. Wyckoff was later cured of an ailment by holding it. The house was obtained by the Vedanta Society of Southern California where a swami of the Ramakrishna lives and monthly retreats are held. 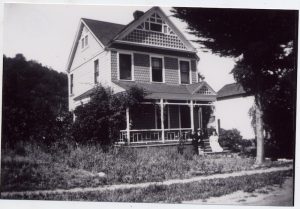 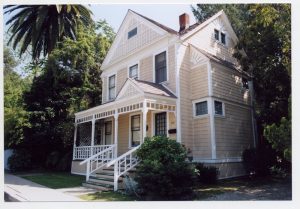 Swami Vivekananda arrived at La Grande Station where he was greeted by Josephine McLeod. Its Moorish dome was heavily damaged by the Long Beach earthquake. The station functioned as a freight depot from the 1940s until it was razed. The site is now used by the Metropoltian Transit Authority. 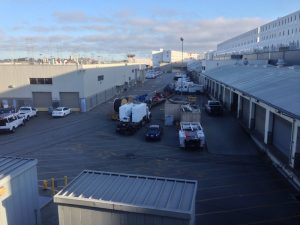 This was Swami Vivekananda’s first public talk in Los Angeles 600  people attended, including the Mead sisters (Mrs. Carrie Mead Wyckoff, Alice Mead Hansbrough and Helen Mead) of South Pasadena. The Mead sisters did not meet Swamiji until a later date. The building no longer stands. 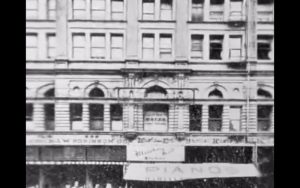 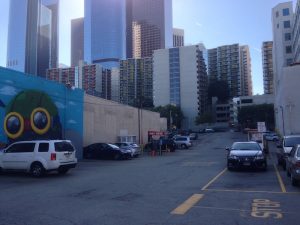 Mr. Baumgardt also arranged for Swamiji to speak at the Unity Church. One thousand people attended this talk on “The Cosmos – The Veda Conception of the Universe”. Abbot Kinney, President of the Academy, introduced Vivekananda. Mr. Lloyd, a Harvard graduate who also held a degree from Germany, attended the “Cosmos” lecture and paid tribute to Vivekananda’s advanced thinking in psychology and modern thought. 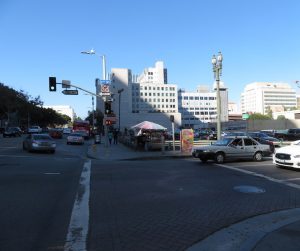 Swami Vivekananda gave a series of lectures at the Home of Truth. The building stood at the site of the present day Los Angeles Convention Center.

December 27     “The Theory of Concentration”

December 28     “The Practice of Concentration” 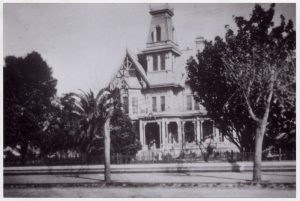 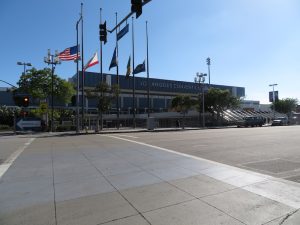 Swami Vivekananda attended a morning reception at the home of Mrs. Caroline M. Severance, a founder of First Unitarian Church of Los Angeles and president emeritus of the Friday Morning Club. Kate Wood of Salem Massachusetts was likely at this reception. The John Tracy Clinic now stands at this location. The adjacent Severance St. was named after Caroline Severance, an abolitionist and a pioneering activist for women’s rights and social justice. She was known as “the mother of clubs” for creation of organizations supporting women. 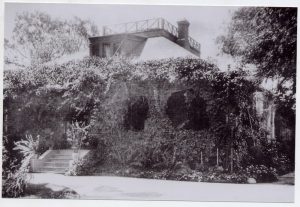 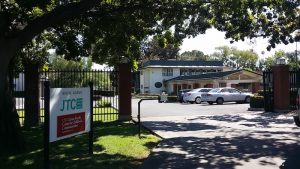 Vivekananda attended at performance of the farce “My Friend from India” with Miss MacLeod, Mr. Baumgardt, Mrs. Hansbrough and others. Marie Louise Burke writes in Swami Vivekananda in the West – New Discoveries Vol. 5: “‘The play was really very funny,’ Mrs. Hansbrough assures us, ‘and Swamiji enjoyed it hugely. Professor Baumgardt, who had been the party’s host, said he had never seen anyone laugh so hard or so much.'”

This play was the most successful production of American playright, Henry A. Du Souchet. It is a satire concerning the lionizing of Swami Vivekananda by the New York Society. It deals with a barber dressed in a yellow silk bedspread who is presented as who one has been studying mysticism of the East and has learned all there is to know of Theosophy and attained the most exalted state, Nirvana. The play later became a silent motion picture in 1927. The script can be found here. 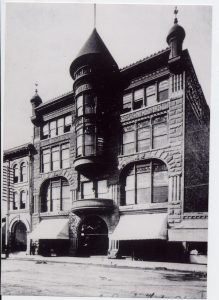 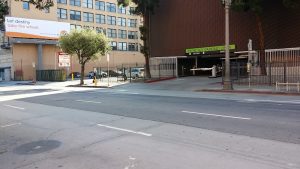 Swami Vivekananda gave a lecture series at Payne’s Hall. We have the titles for some, but not all, of these talks. The hall was filled to capacity and more than 100 turned away for the January 7th talk. The January 8th lecture was the last known talk in Los Angeles by Swami Vivekananda.

January 3   The only class given in Southern California on Karma Yoga.

January 7   “Christ’s Message to the World”. 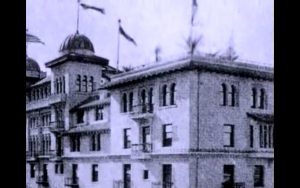 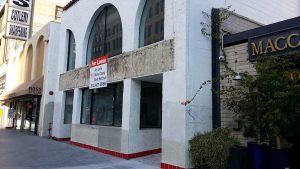 Swamiji attended a vaudeville show with Betty Leggett and others. He was invited by a dancer who had heard him speak in London in 1896. She later adopted Vivekananda’s precepts and used dance to express them. 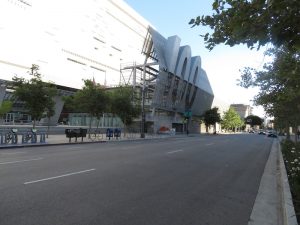 Swamiji gave three lectures here on January, 15, 17 and 19. We know that the subject of the first talk was “Bhakti Yoga, or the Religion of Love”; however, we do not know what the subjects were on the 15th or 19th. The main building still exists, but the East Wing where Swamiji he lectured does not. 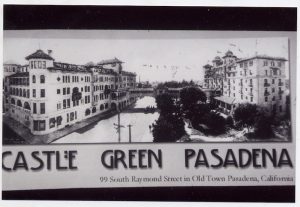 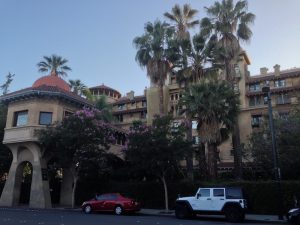 Swamiji visited Redlands with Betty Leggett and Josephine MacLeod where they had lunch at Casa Loma Hotel. There is a plaque at the corner where the hotel once stood. 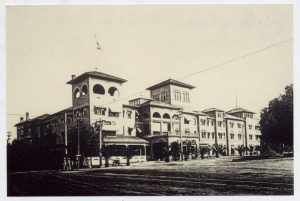 After their lunch at Casa Lomo Hotel, Vivekananda went to  Canyon Crest Park with Betty Leggett and Josephine MacLeod. The area is now a residential area called Smiley Heights.

Swami Vivekananda gave a series of lectures here. Due to construction of Interstate-210, the intersection no longer exists.

The Club honored Vivekananda with a reception at which he met Miss Lilian York.

Met Annie Smith who watched seeds of his spiritual teachings grow all over the Pacific coast. 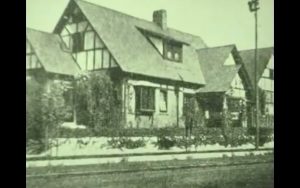 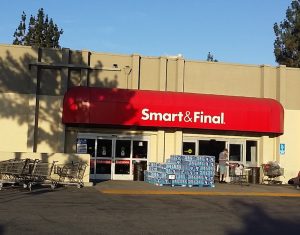 Swamiji lectured here on “The Ideal of a Universal Religion”. 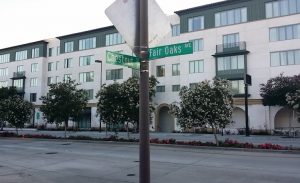 Vivekananda visited Throop Polytechnic Institute and Manual Training School which developed into Cal Tech. Impressed with the concept of this school, Swamiji introduced the idea into India. 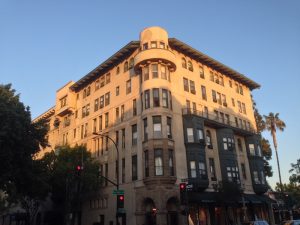